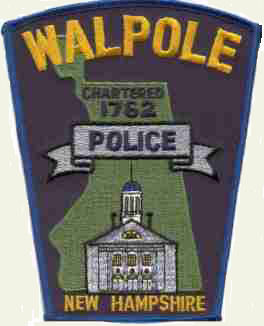 On December 28, 2022, I worked my final shift as a Police Officer. 40 years had flown by and it was now time to retire. I tried very hard to "not get into anything" on my final day. And I almost accomplished it too, except at the last minute we had a walk-in at the PD. Nobody was available to handle it, so I took the initial complaint. I gathered all the pertinent information and assured the complainant that someone would be reaching out to follow up, knowing full well, that it wasn't going to be me.

Almost everyone at the PD had gathered for lunch and to witness my final sign off on the radio, including two of the PD's former Chiefs of Police. Both of whom I had worked for.

I paced around the break room, waiting for my final radio sign-off, stating to the guys "I feel like I'm waiting to see the principal."

Finally, it was time... the Chief had contacted dispatch and he said, they're ready... Even though I surely wasn't.

He and I walk out to my cruiser, and he with a phone to video the event and a portable to capture the radio audio. The others remained inside to listen. He asks, you ready? I say something to the extent of I guess so... I pick up the cruiser radio mic and call in... 352 Cheshire...

I report that "this will be my final sign off", I'm acknowledged and they do the most wonderful and touching speech, county-wide, mentioning a few highlights over the years. After that's complete, Police units from all over the County call me to congratulate me and wish me well.

I'll bet that went on for over 10 minutes! What an incredibly touching tribute! I acknowledge every one.. A couple even slipped in a little saying that just the two of us get, which was replied with something back, again, that just we understood.

When all the fanfare is over, I call back in and say, a little choked up I might add, "Three Five Two Cheshire, I guess it's not official until I actually say it.... 352 10-02". I hang up the mic and extract myself from the cruiser for the final time.

The Chief shakes my hand and pulls me in for a hug. I can see his eyes are a little red and swollen too. He thanks me for all my help and guidence, you see, I remember him as a young kid when we hired him, oh, 18ish years ago. Now he's my boss! He tells me something that I really admire. He tells me that he feels like I'm releasing the reigns and it's time for him to run the show alone because he continues, I've been a constant. Throughout all the changes in staff and everything else, I've just always been here. He is now, actually, the senior member of the department.

We have a few minutes of just talking outside, just he and I, before going back inside and re-joining the others. Once inside, everyone congratulates me. We all sit around and talk about some of the old cases, some of the incidents we dealt with, you know, "cop shop talk".

It's now time for me to leave. A little sooner than my normal shift would have ended. And as I'm about to leave, I hand the Chief that final call sheet of the complaint that I took earlier for someone to follow up on.

I get back home and below is what I had posted on Facebook. The sign off video was shared too. Hundreds and hundreds of comments, likes, loves, hugs later... I am very humbled. It truely has been quite a ride!


And its a wrap. After 40 years of patrolling the streets of Littleton, Lisbon, Landaff, Whitefield, Swanzey, Surry, Weber County, Utah and with 20 years in Walpole alone... I also cant leave out dispatching for the NH State Police, both at Troop-F up north, and Troop-C, when I transferred down south. Its time to hang up the gun belt for the final time.

I cant lie its been quite a ride. Good, Great, Bad and Horrible. Would I do it again? Absolutely? Would I do it again now? Absolutely not. Times have changed so much. And not for the better. Society hates us. Local, State and Federal government no longer support us. Courts and judges question us Catch and release. Always somebody elses fault. No accountability for ones actions. Put our lives on the line for you and the people we arrest, to protect you, are home and committing more crimes before the ink on the report is dry.

I started this game back in 1982 in my hometown. I loved it! The excitement, the adrenaline rush, Blue Lights, Sirens, get to go fast Its always been fantastic. I have been so fortunate to have worked along side some of the absolute best in law enforcement. I have met some very cool people along the way as wellCharlie Daniels, had a very nice talk with him for half an hour or so. Robin Williams during the filming of Jumanji. Talked with Kirsten Dunst for about an hour too bad she was only about 12 at the time.. haha. A couple of Presidents of the United States, which to be honest, isnt all that impressive, because clearly there arent any qualifications needed to be a politician And a few other interesting folks too.

Got to work the 2002 Olympics out in Salt Lake City, Utah. The one time in my career that when I called for backup, I got a helicopter. Now that was cool!

But then theres the flip side.. The side that most of you dont see. Years and years of being on call. Getting called out at 4am when its -19 degrees during a raging blizzard for a car wreck that ends up with an arrest. Or a triple fatal just before Thanksgiving because a couple idiots thought it was cool to drag race. Or a stabbing at the end of a long day, that has now become a very long day. All the missed family birthdays, holiday gatherings, plans that get pushed back or just plain cancelled. Or a no show because something came up at the last second.

Its different working in a small town. We dont have the luxury of going home at the end of a shift and thinking were done until tomorrow, because when it goes into a sideways wobble, its us that get called back out.

Its going to be weird after literally two thirds of my life, four friggin decades, that all of a sudden, I will no longer be a cop. Im sure Ill adjust. Ive said that 40 is a nice round number. That, and Im just not buying into all the new bullshit mandatory training the state has decided to jam down our throats. This is a good time to get out I mean, Im dealing with the 3rd generation of mutts now. Im getting too old for this crap. I dont want to be rolling around in the middle of the road with some asshole crackhead thats stoned out of his/her skull anymore. Ive done that. Hey, I could break a hip now!

I could go on and on. Im kind of amazed by anyone that has read this far!

Thank you so much to all my police brothers and sisters that Ive had the honor of working with! I couldnt, no, I wouldnt have done it without all of you!

Thank you so much to all the Communications Specialists on both the police and fire side of things that make sure we are ALL safe and get to go home at the end of our shifts!

Thank you so much to all the Fire Fighters, Rescue, EMS and Ambulance crews! All the Highway crews, tow truck drivers, and utility crews.

Our Best Admin Ever! The adhesive that keeps this dysfunctional family together.

Tyler, Austin, their mom Becky  Thank you for putting up with my involvement with Public Safety and the sacrifices you all have made and all the worrying you endured listening to the radio as I got sent to calls that could have gone terribly wrong. (only got hit by one vehicle in all those years!)

The red and green pens have come out for the final time.